I am on another fabulous blog tour today! What an honour to be kicking it off! I am reviewing Eye For Eye by J. K. Franko, Book 1 of the Talion Series!

When I first met Susie, she appeared to be a normal, happily-married woman dealing with tragedy. Then, I uncovered her secrets. While I could understand everything that she’d done, I could never approve. But, knowing what she was capable of, it became clear that if I was going to survive her, I had to play by her rules. And, the first and most important rule is… leave no singing bones

I am always eager to get my hands on up and coming crime stories, but nothing quite prepared me for Franko’s novel. This intricate and unusual book distorts every notion you have about crime, murder mysteries, and psychological thrillers. Everything, and I mean everything, gets turned upside-down in this ruthless and chilling story.

The characters aren’t what they seem- the narrative changes and warps your interpretations of what they’re really thinking. The third-person perspective acts as a counter view of the first-person narrative, evoking psychological games and the fear of the unknown. The reader acts between a fly on the wall and a spy on the characters’ shoulders. You are kept at arms-length but then at the same time the reader is privy to information few or none of the characters are aware of. This creates a dilemma for the reader- who to trust? The unreliability of the story, or the key details that have surfaced? The amount of twists and turns in this novel will keep you guessing till the very end. The true element here is the shock factor- who will you root for? There are so many moral (and legal) issues that you are confused as to what side you are on.

The plot, setting, and characters all work well to create a highly merciless novel, something which will have you gripped from page one. The fact that there are two more books in this trilogy (published later this year) only begs the reader to anticipate their publication to follow on. I was hooked from the very start and couldn’t put it down!

I would recommend this book for anyone who enjoys crime novels, but be warned, this is no ordinary story. The controversial element will make you question everything you know about the genre, and leave you wanting more. A thriller with twists and turns leaving you trapped in a psychological maze. Franko is a force to be reckoned with.

How to get your hands on a copy:

Thank you to Anne Carter from Random Things Blog Tours for my copy and spot on the tour. Thank you also to the author and publisher, Talion Publishing, for my copy. 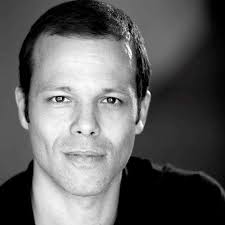 J.K. FRANKO was born and raised in Texas. His Cuban-American parents agreed there were only three acceptable options for a male child: doctor, lawyer, and architect. After a disastrous first year of college pre-Med, he ended up getting a BA in philosophy (not acceptable), then he went to law school (salvaging the family name) and spent many years climbing the big law firm ladder. After ten years, he decided that law and family life weren’t compatible. He went back to school where he got an MBA and pursued a
PhD. He left law for corporate America, with long stints in Europe and Asia. His passion was always to be a writer. After publishing a number of non-fiction works, thousands of hours writing, and seven or eight abandoned fictional works over the course of eighteen years, EYE FOR EYE became his first published novel.

J.K. Franko now lives with his wife and children in Florida.

Don’t forget to check out the rest of the tour!

Feature Image: Books Beyond The Story

All other images: courtesy of Anne Carter