Hi everyone!
The last cover reveal had a great response and so here is another one! And what a better book to be in the spooktacular month of October?!

And tadaaaaa! Here is the cover: 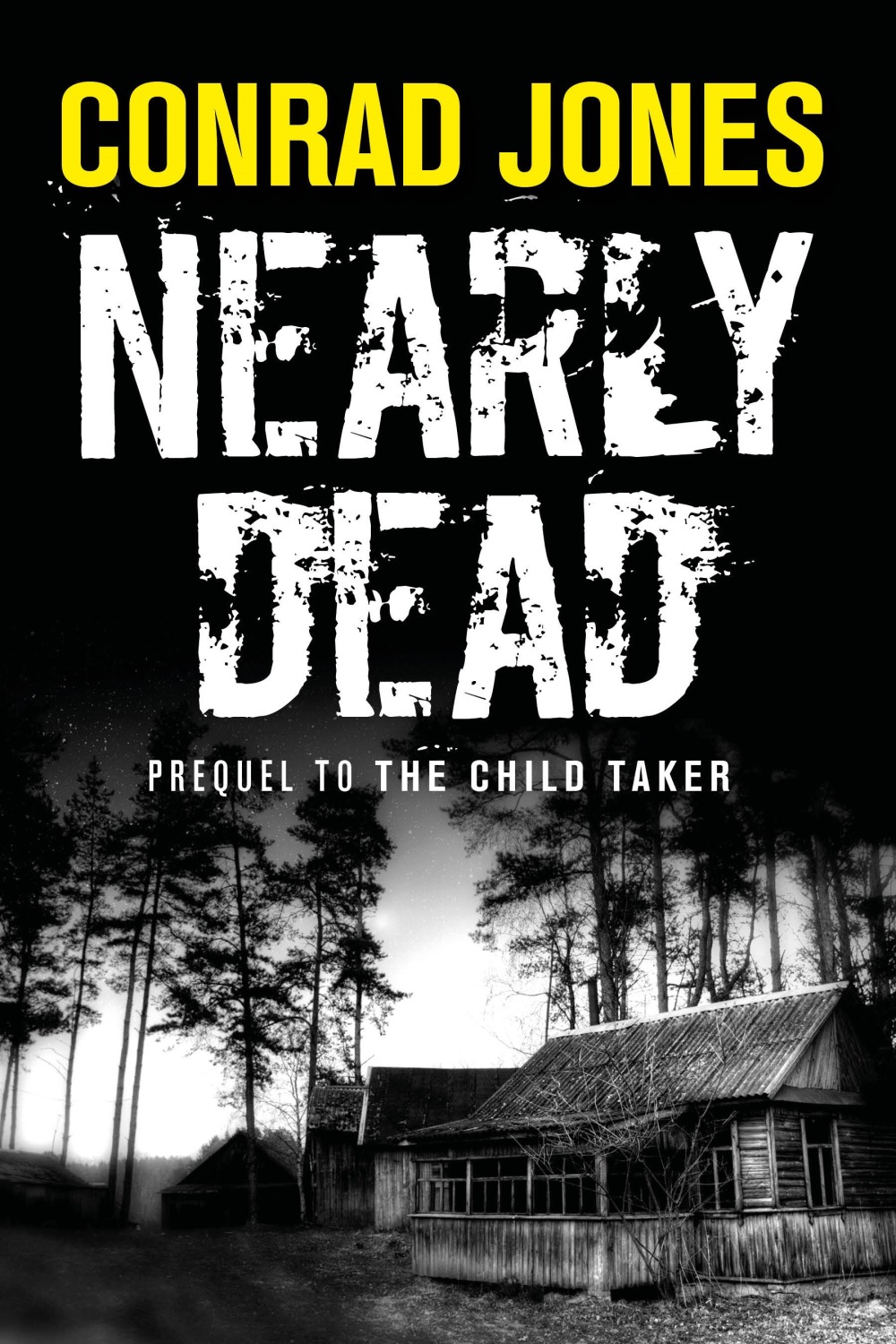 Have I got your interest? If so, read some more about of the book below:
‘The renovation of a remote farmhouse on the outskirts of Liverpool uncovers a chamber of horrors but the crimes are historical. DI Alec Ramsay must sift through the evidence to identify both the victims and the perpetrators, while trying to dismantle the dangerous drug gangs that plague the city. The prequel to The Child Taker, this book is a must for fans of the Alec Ramsay series.’

About the author (here he is pictured with Lee Child!) 🙂

Conrad is the author of 18 novels, 8 author guides and 2 biographies. He has three series;

You can find out more HERE

click HERE to get your hands on a copy!

You wan more?! Okay okay you got me! Here’s what the author had to say:

“I am Conrad Jones a 50-year-old Author, originally from a sleepy green-belt called Tarbock Green, which is situated on the outskirts of Liverpool. I spent a number of years living in Holyhead, Anglesey, which I class as my home, before starting a career as a trainee manger with McDonalds Restaurants in 1989. I worked in management at McDonalds Restaurants Ltd from 1989-2002, working my way up to Business Consultant (area manager) working in the corporate and franchised departments.

On March 20th 1993 I was managing the Restaurant in Warrington`s Bridge St when two Irish Republican Army bombs exploded directly outside the store, resulting in the death of two young boys and many casualties. Along with hundreds of other people there that day I was deeply affected by the attack, which led to a long-term interest in the motivation and mind set of criminal gangs. I began to read anything crime related that I could get my hands on.

I link this experience with the desire to write books on the subject, which came much later on due to an unusual set of circumstances. Because of that experience my early novels follow the adventures of an elite counter terrorist unit, The Terrorist Task Force, and their enigmatic leader, John Tankersley, or `Tank`and they are the Soft Target Series, which have been described by a reviewer as ‘Reacher on steroids’ ; You can see them HERE;

I had no intentions of writing until 2007, when I set off on an 11-week tour of the USA. The Day before I boarded the plane, Madeleine Mcann disappeared and all through the holiday I followed the American news reports which had little or no information about her. I didn’t realise it at the time, but the terrible kidnap would inspire my book, The Child Taker years later. During that trip, I received news that my house had been burgled and my work van and equipment were stolen. That summer was the year when York and Tewksbury were flooded by a deluge and insurance companies were swamped with claims. They informed me that they couldn’t do anything for weeks and that returning home would be a wasted journey. Rendered unemployed on a beach in Clearwater, Florida, I decided to begin my first book, Soft Target. I have never stopped writing since. I have recently completed my 15 novel, ‘Brick’, something that never would have happened but for that burglary and my experiences in Warrington.

The Child Taker was the 6th book in the Soft target Series but it also became the first book in the Detective Alec Ramsay Series when I signed a three book deal with London based publishers, Thames River Press. The series is now 7 books long with an average of 4.8 stars from over 2000 reviews. The first two books are always free with over 1100 5-star reviews. You can see them HERE;

As far as my favourite series ever, it has to be James Herbert’s, The Rats trilogy. The first book did for me what school books couldn’t. It fascinated me, triggered my imagination and gave me the hunger to want to read more. I waited years for the second book, The Lair, and Domain, the third book to come out and they were amazing. Domain is one of the best books I have ever read. In later years, Lee Child, especially the early books, has kept me hypnotised on my sunbed on holiday as has Michael Connelley and his Harry Bosch Series.”

I hope you’ve enjoyed this cover reveal! As always, comment what you think!